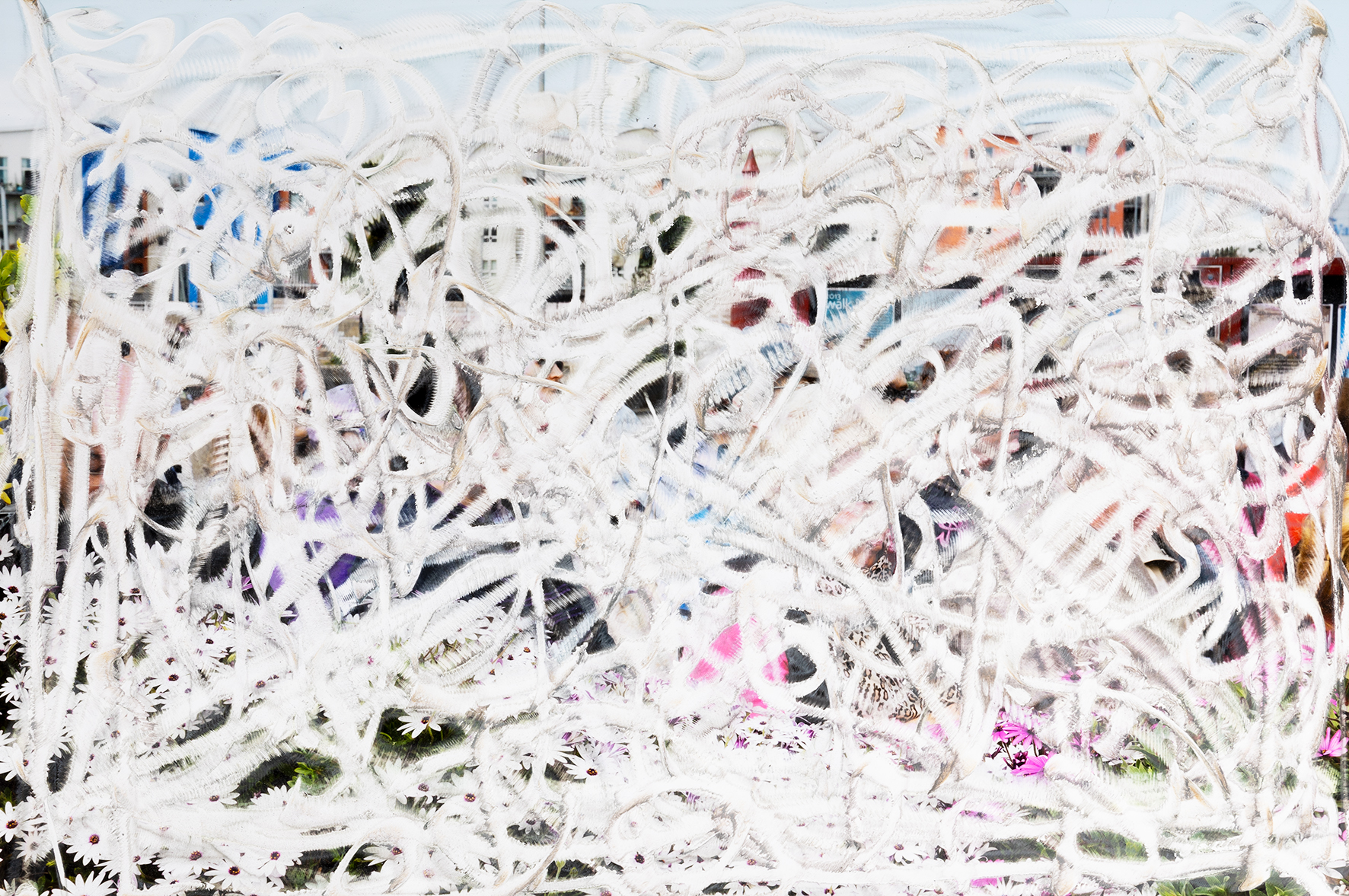 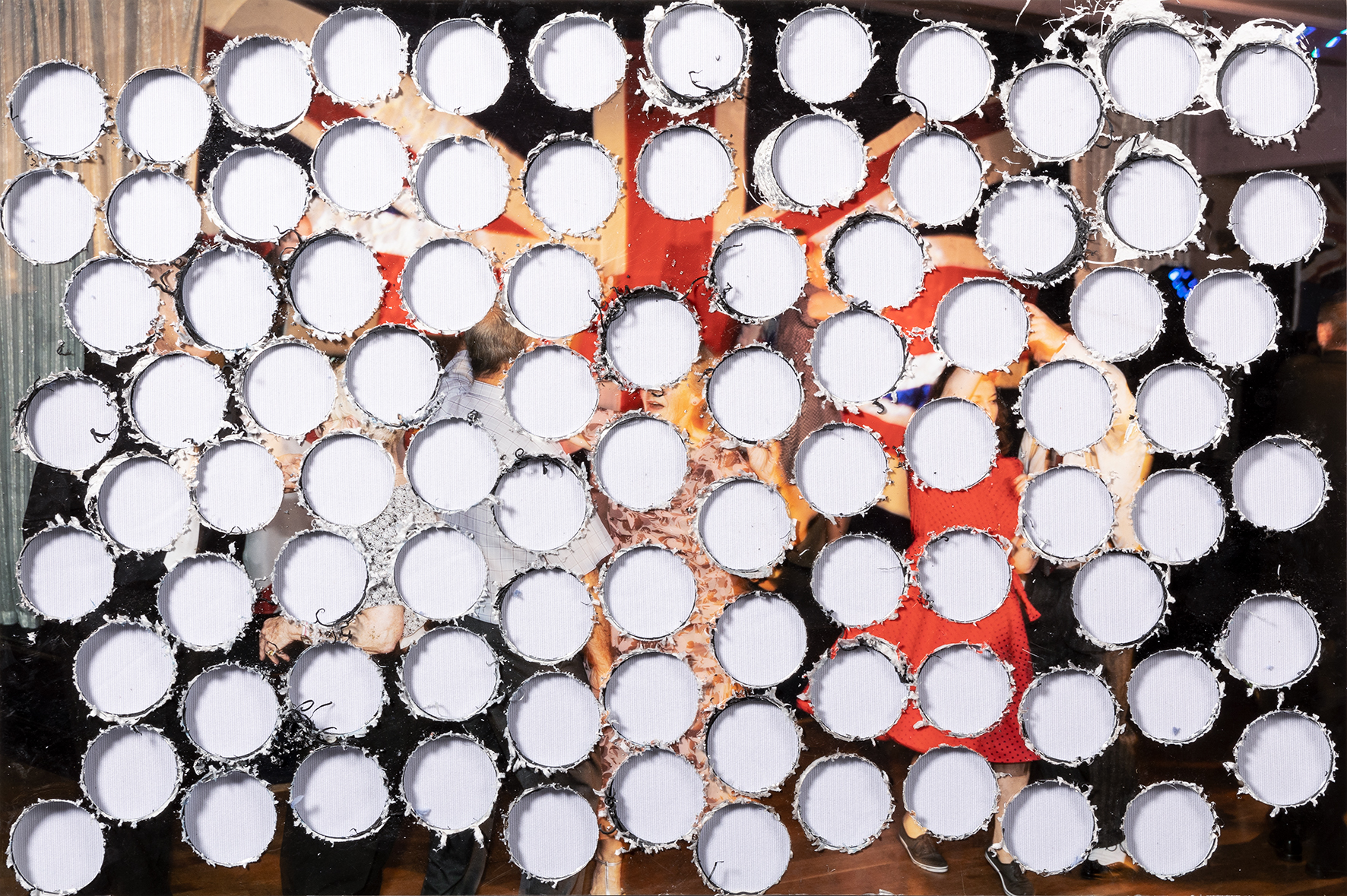 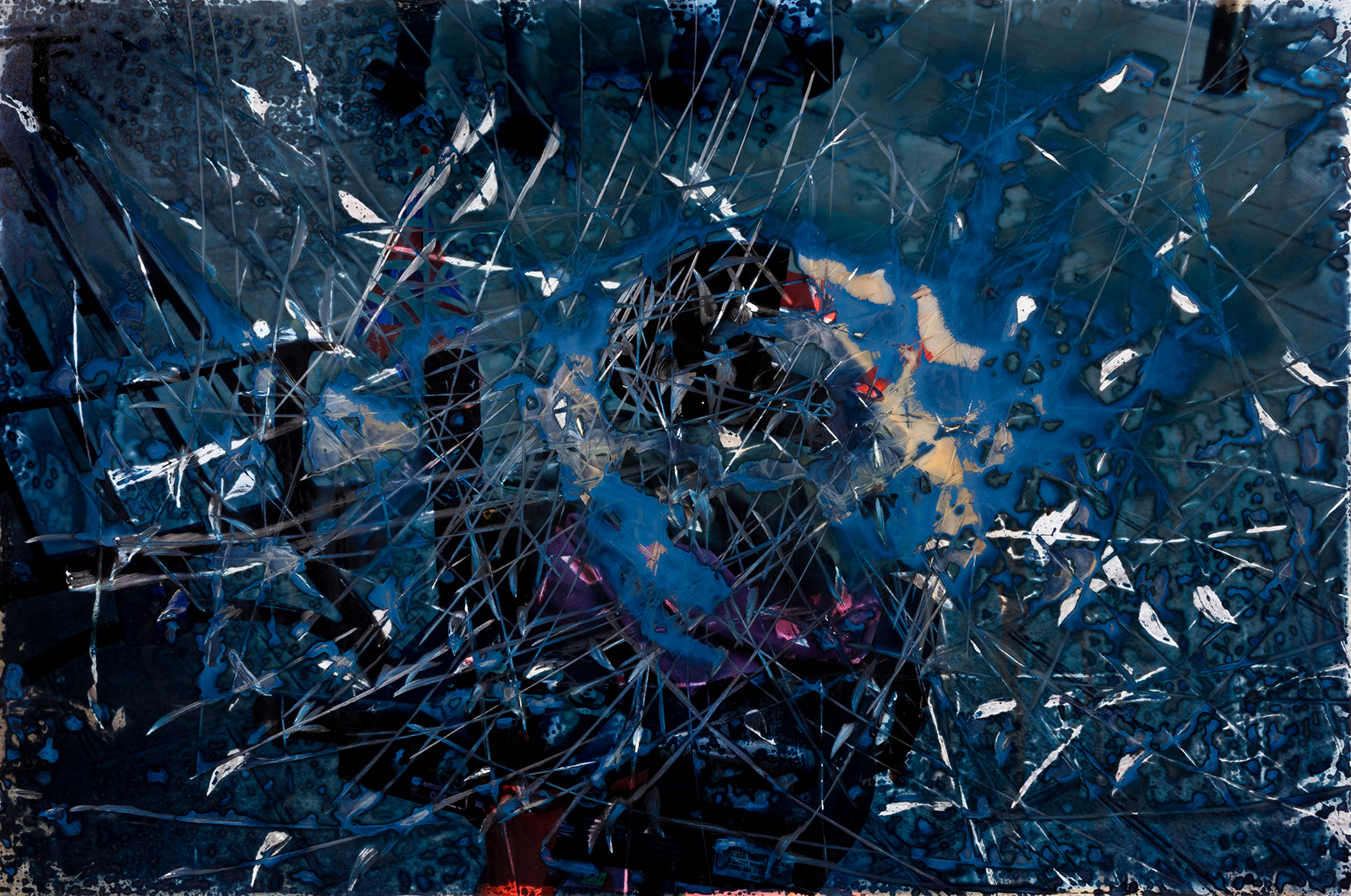 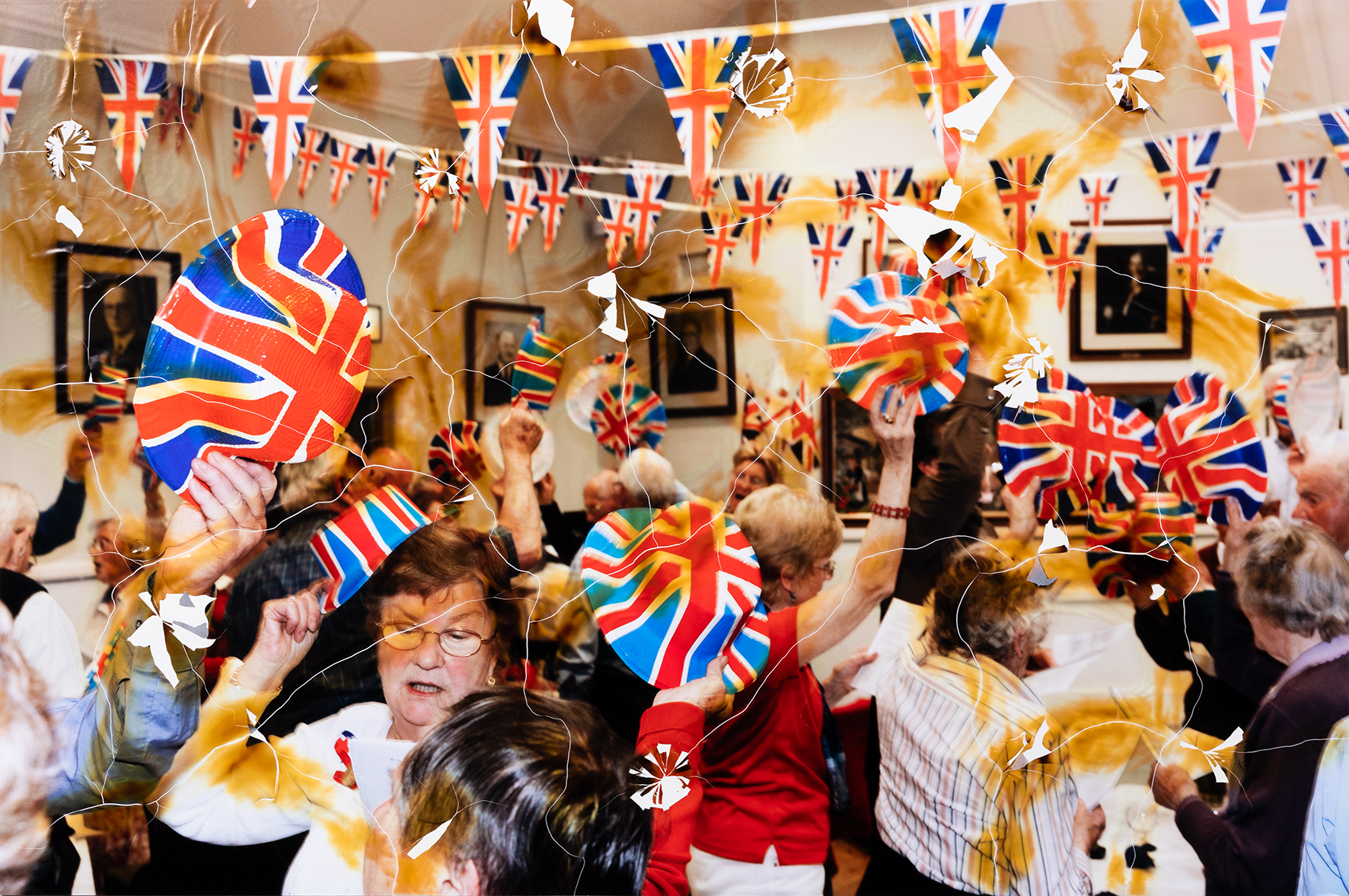 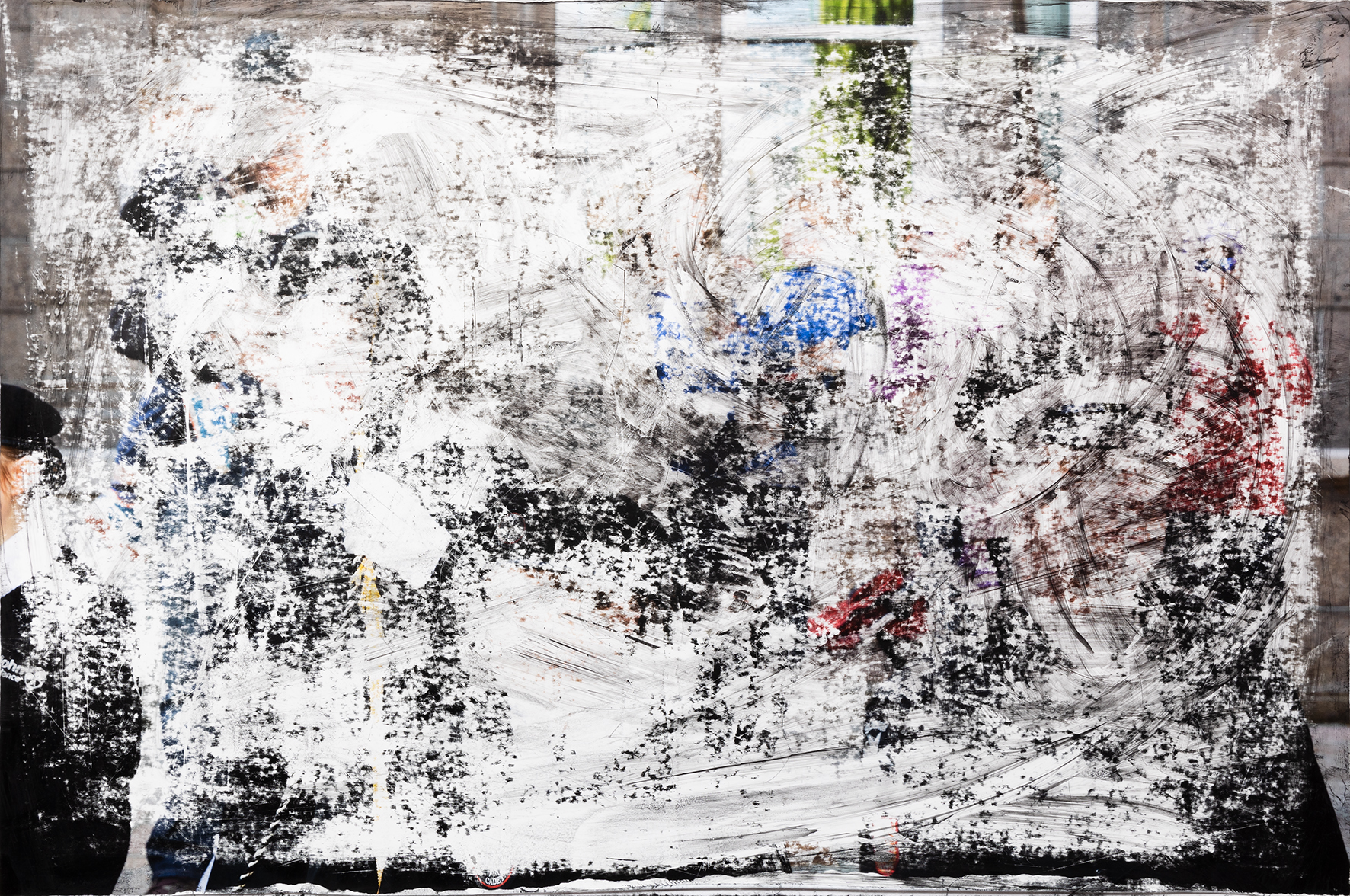 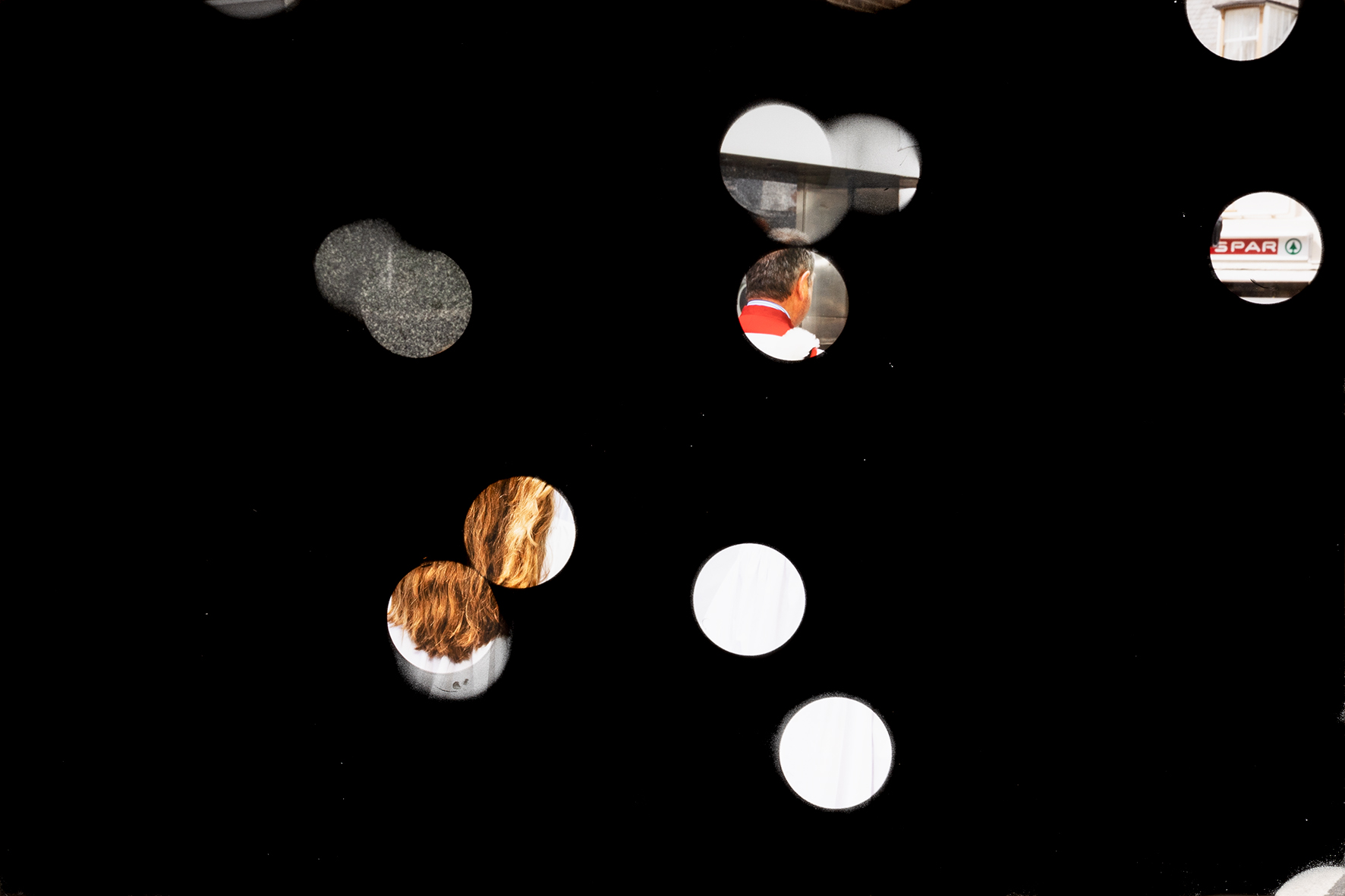 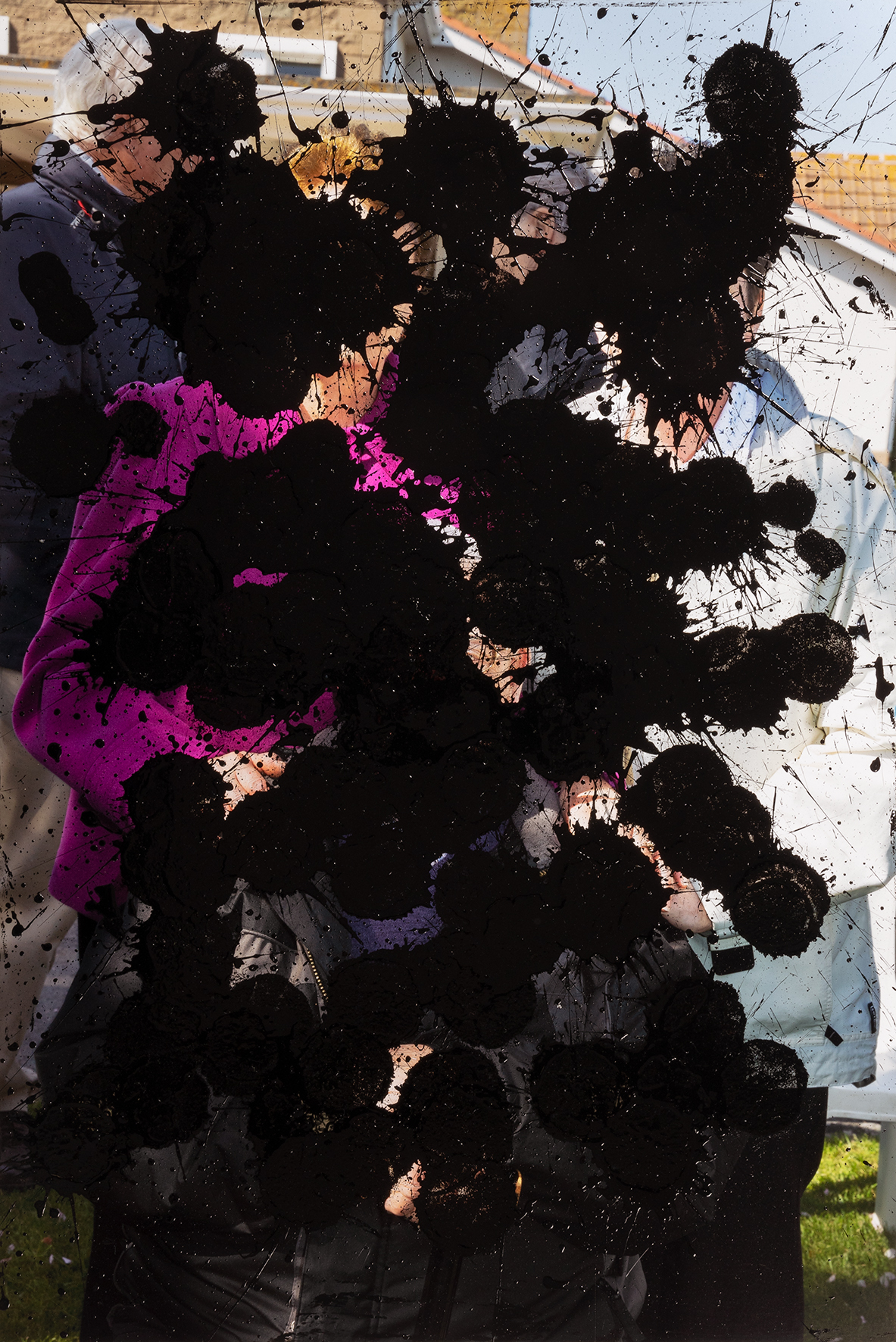 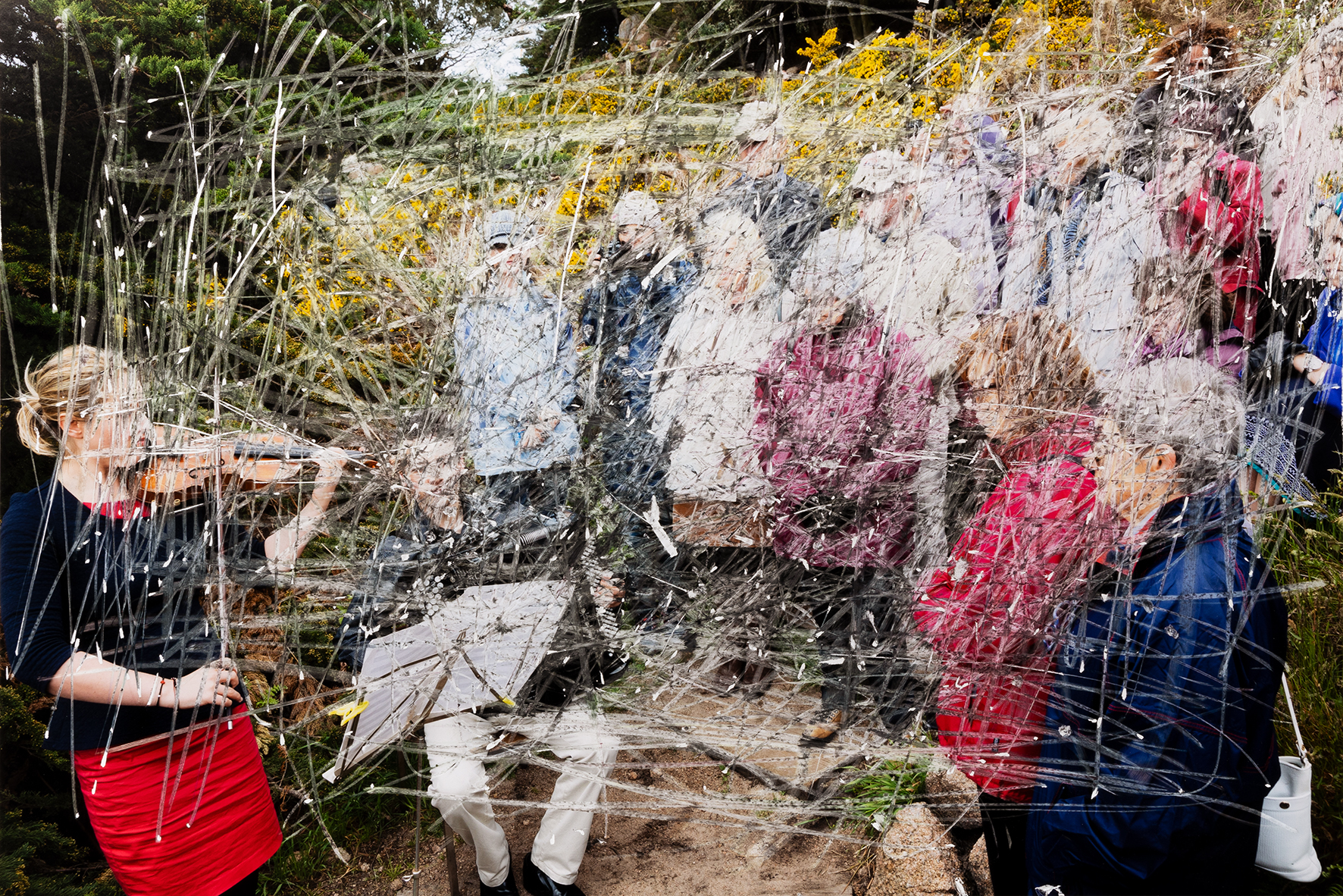 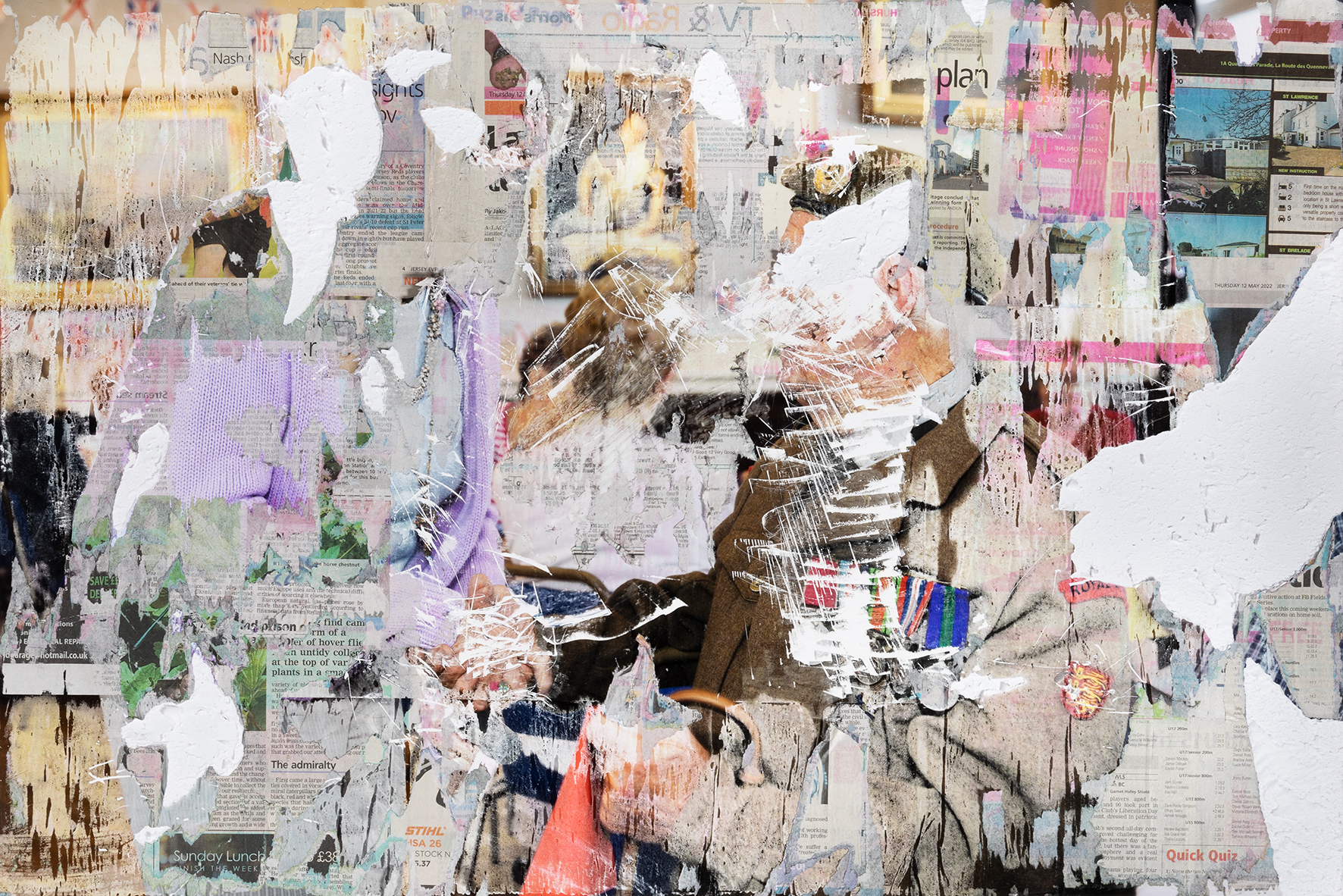 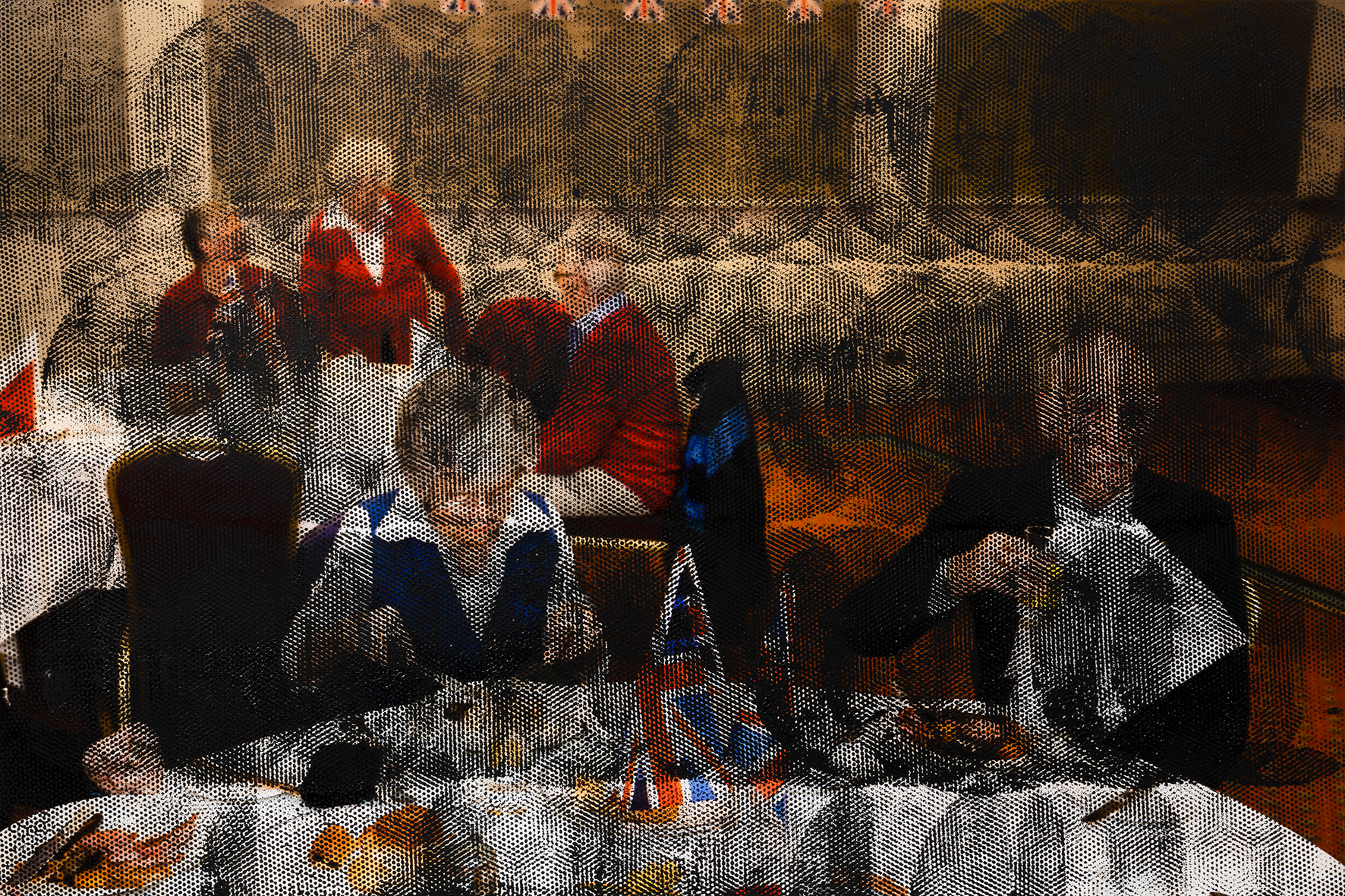 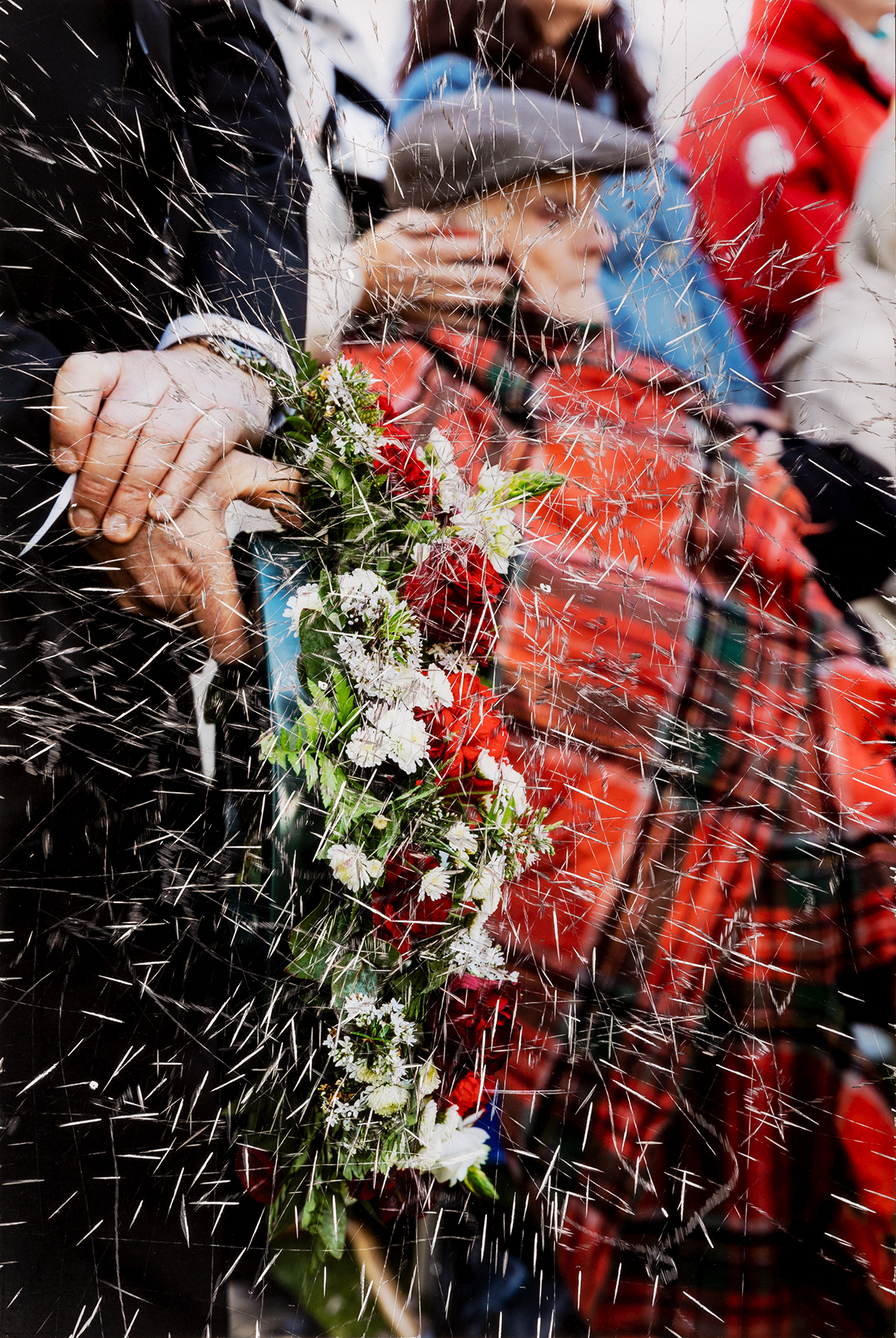 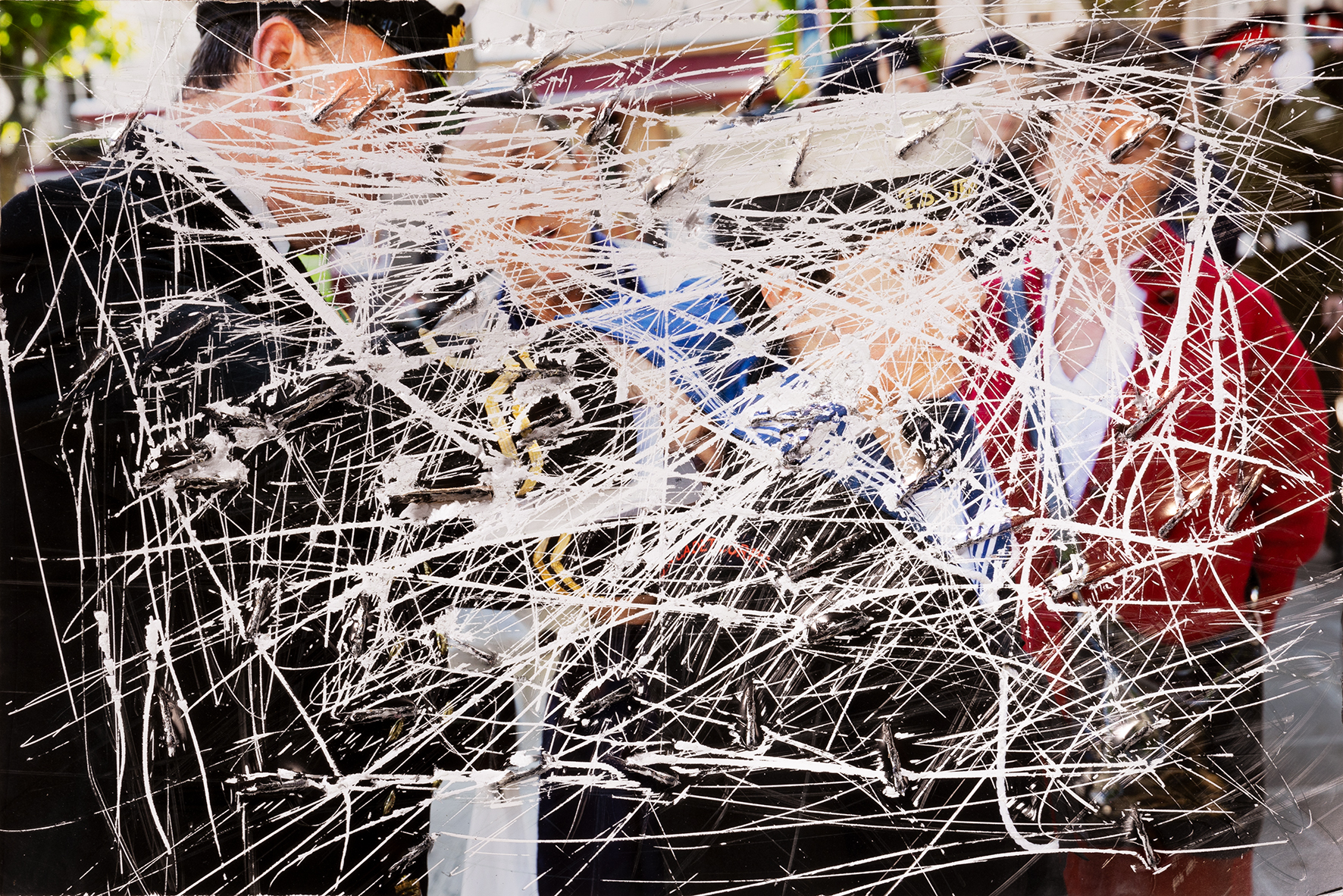 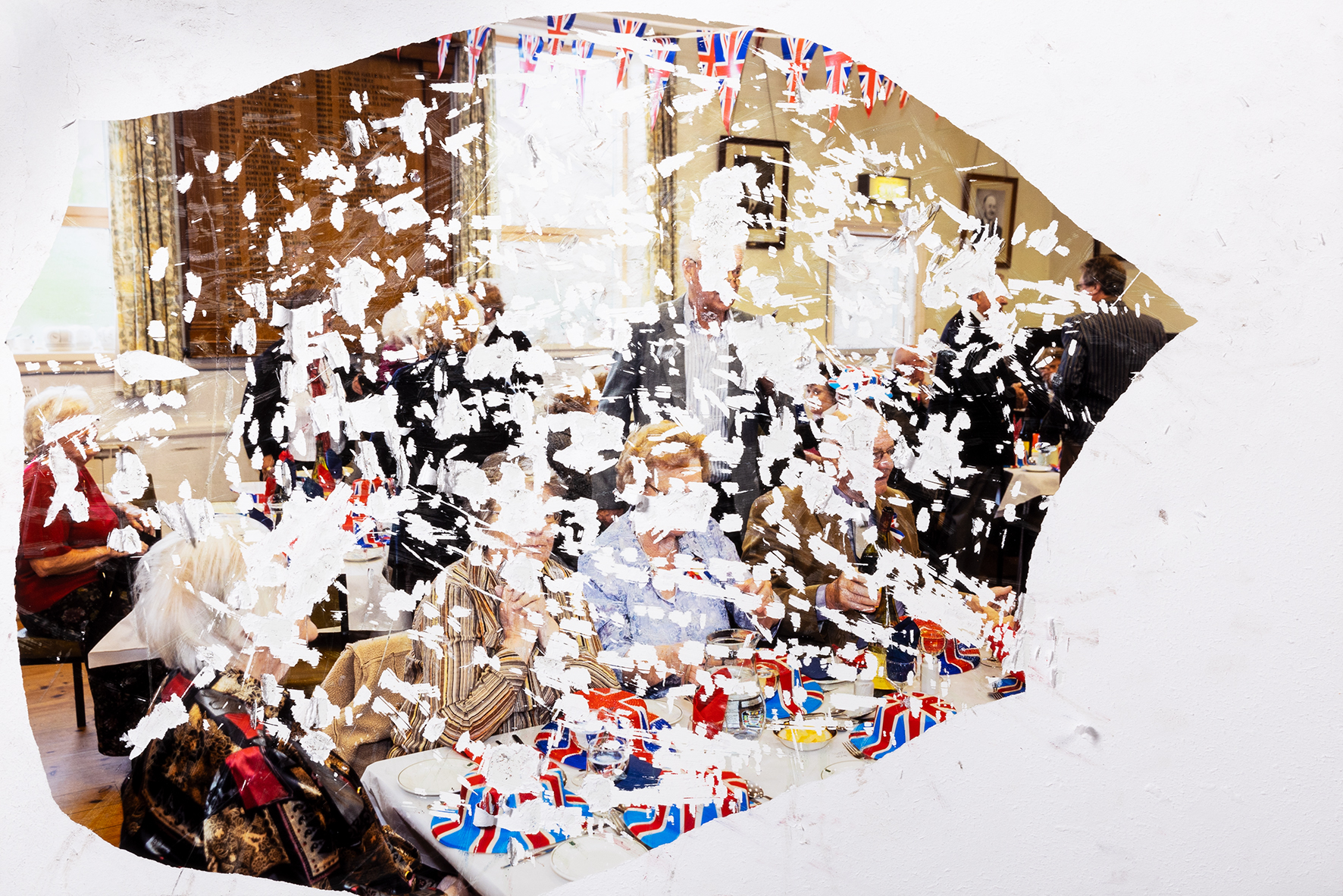 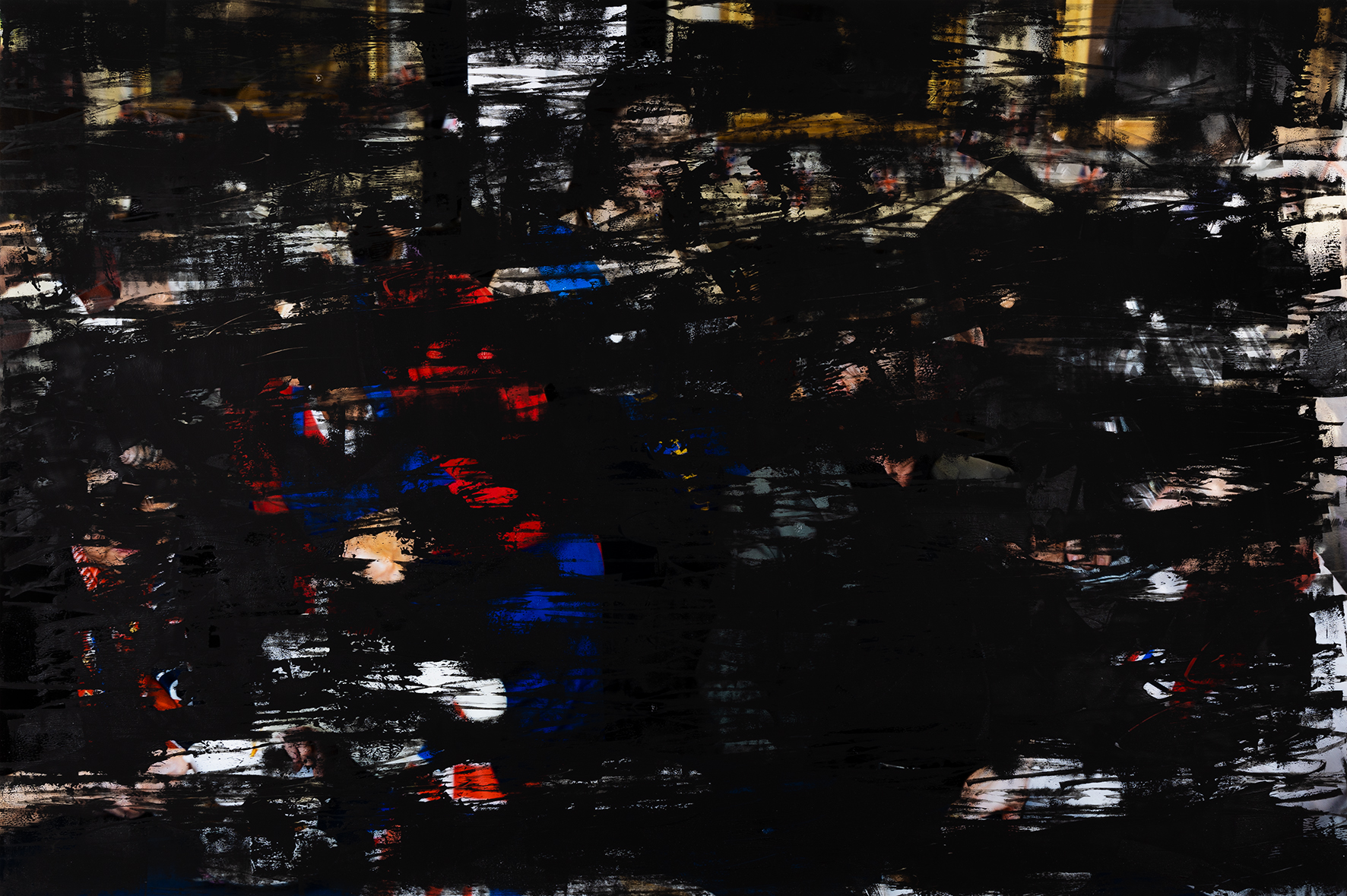 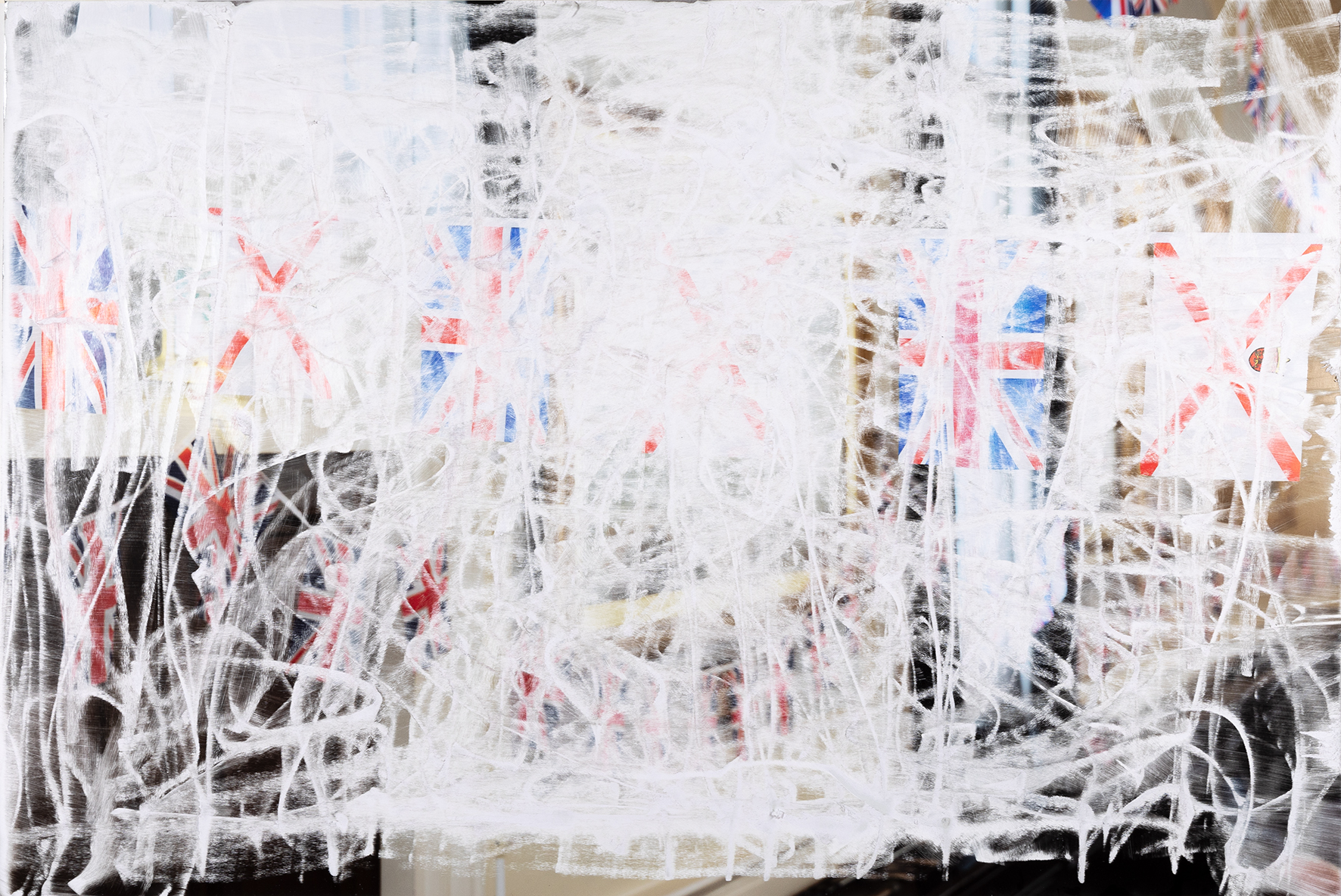 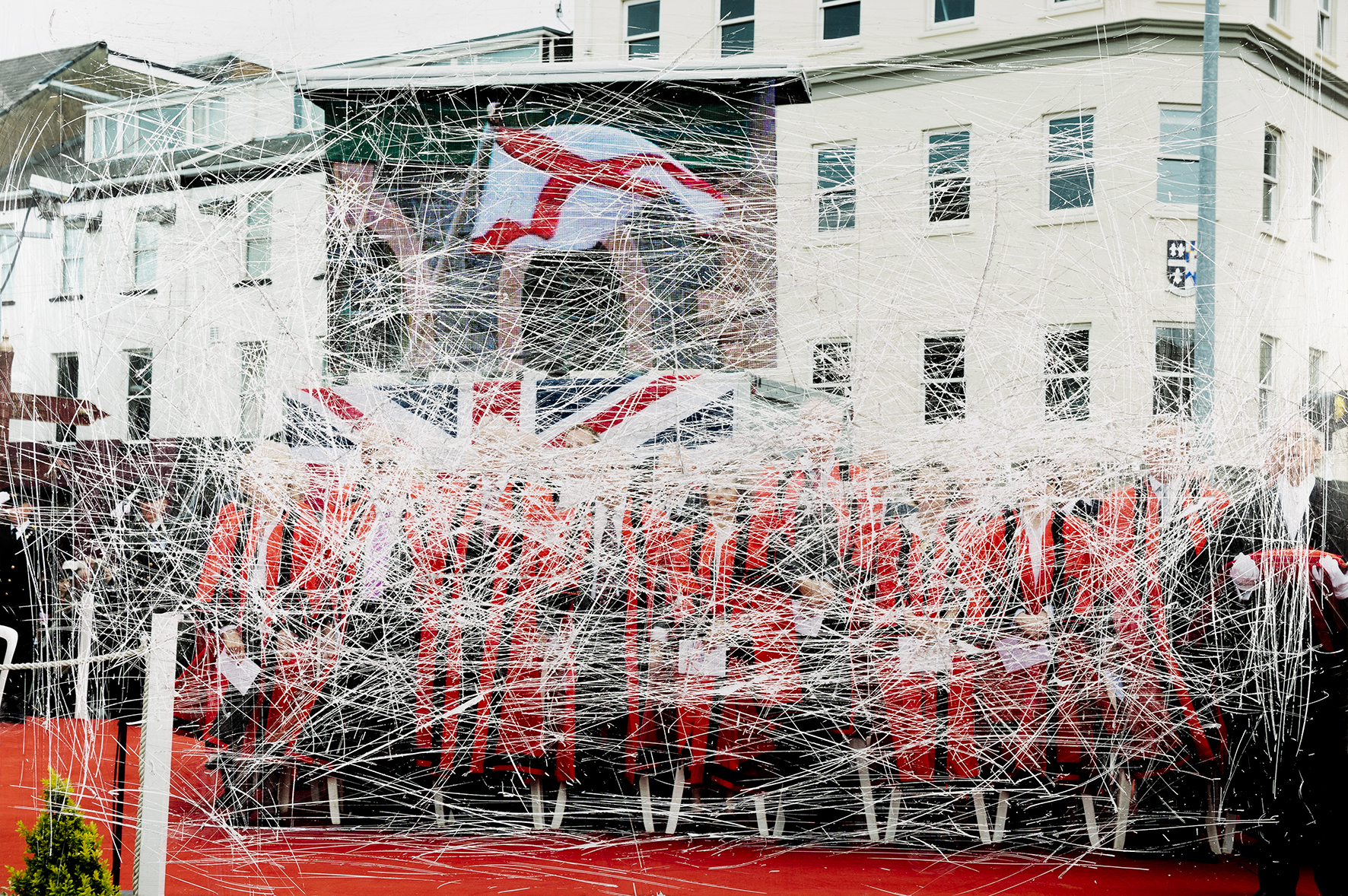 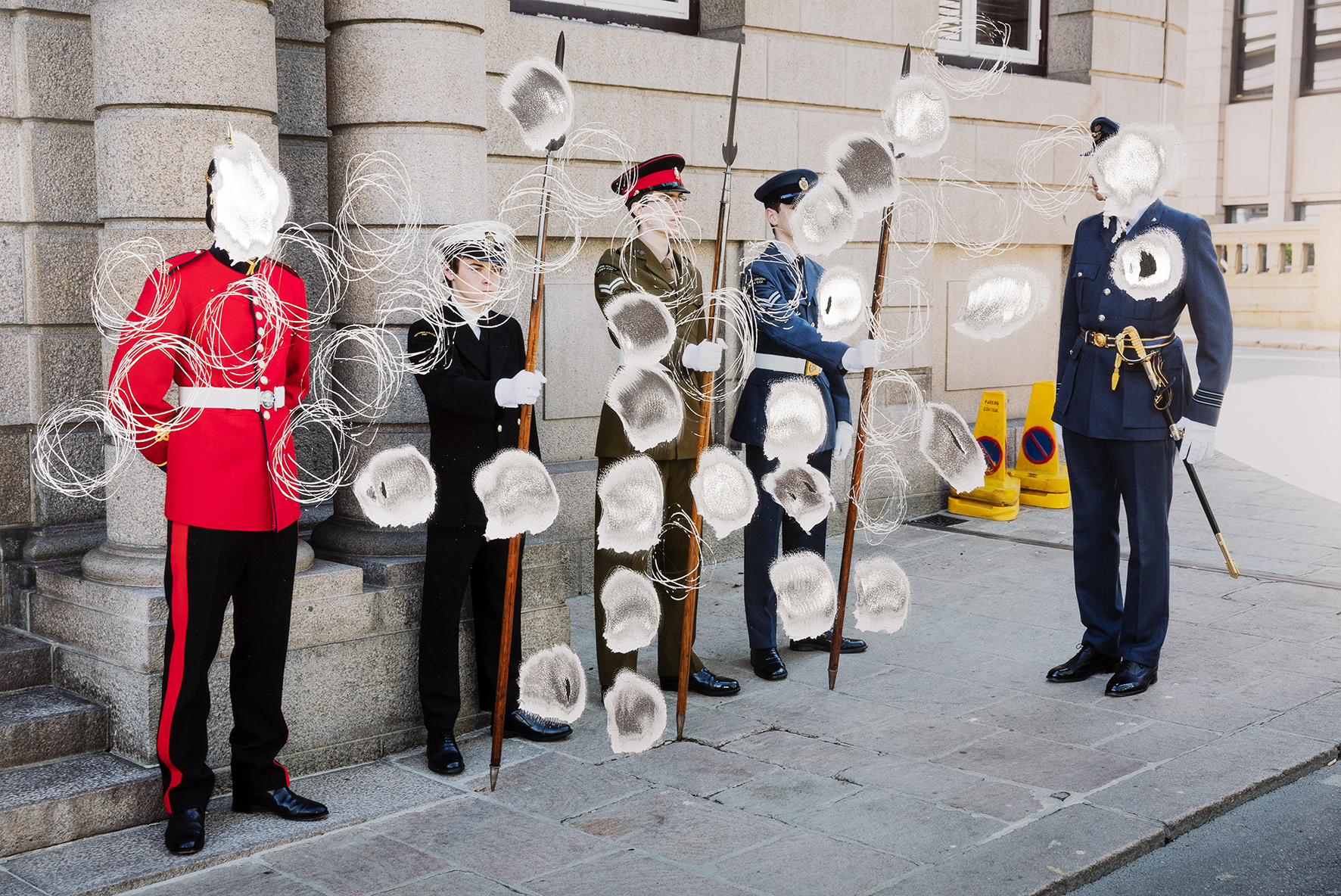 Terminating Martin Parr is a performance by Tom Pope where he destroyed 17 photographs created by Martin Parr. The 7-hour 47-minute performance took place on 19th May 2022 at ArtHouse Jersey in front of a live audience and streamed live.

In 2013 the Archisle Contemporary Photography Program hosted by the Société Jersiaise commissioned Martin Parr to create a new series on Jersey. With the Société Jersiaise purchasing 10 of the 27 images Parr exhibited, the remaining 17 needed to be destroyed. It’s uneconomical to ship and store the works. The prints needed to be destroyed with photographic documentation sent to Parr as proof of their destruction.

Pope used objects on a gallery table to destroy each print. The audience was invited to select any objects on the table for Pope to utilise. The objects related to play.

A photograph was taken of each print after it was destroyed. Pope sent the photographs that act as evidence of the destruction to Parr.

The performance is a logistical service to Parr and Société Jersiaise. Pope's performance simultaneously re-contextualises Parr's prints by transforming destruction into a creative act. The photographs Pope makes are the creative record of the performance.