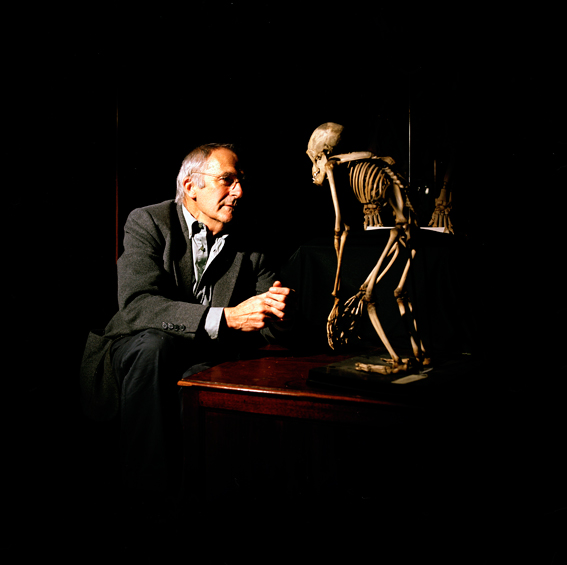 Tom Pope was commissioned by the National Photographic Portrait Commission to photograph Professor Steve Jones. Jones is a professor of genetics and head of the Department of Genetics, Evolution and Environment at University College London.

The resulting image sees Jones in conversation with the skeleton of a primate. Combining the absurdist nature of Pope’s photographic practice with science’s quest for knowledge of the past and the future.