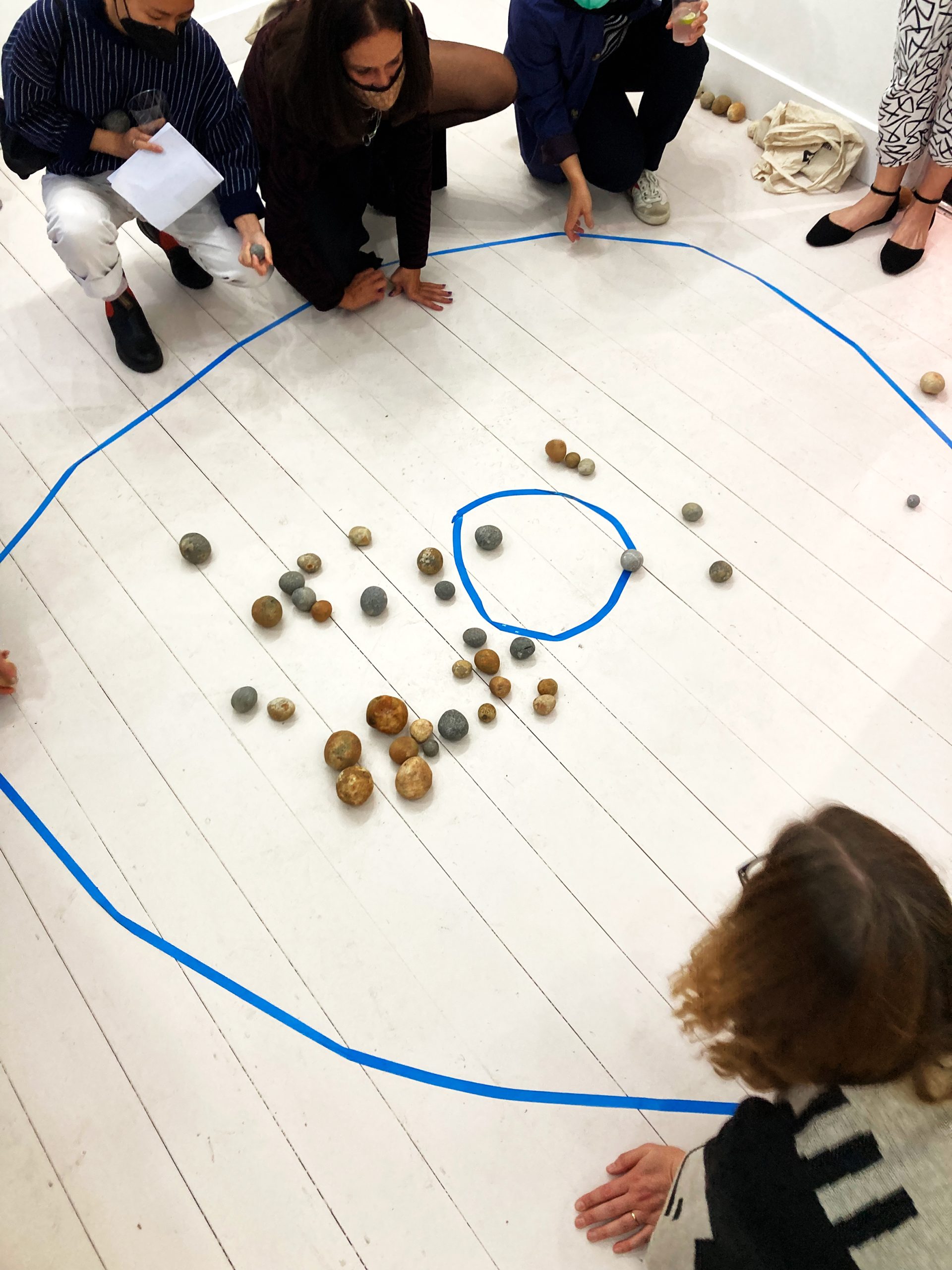 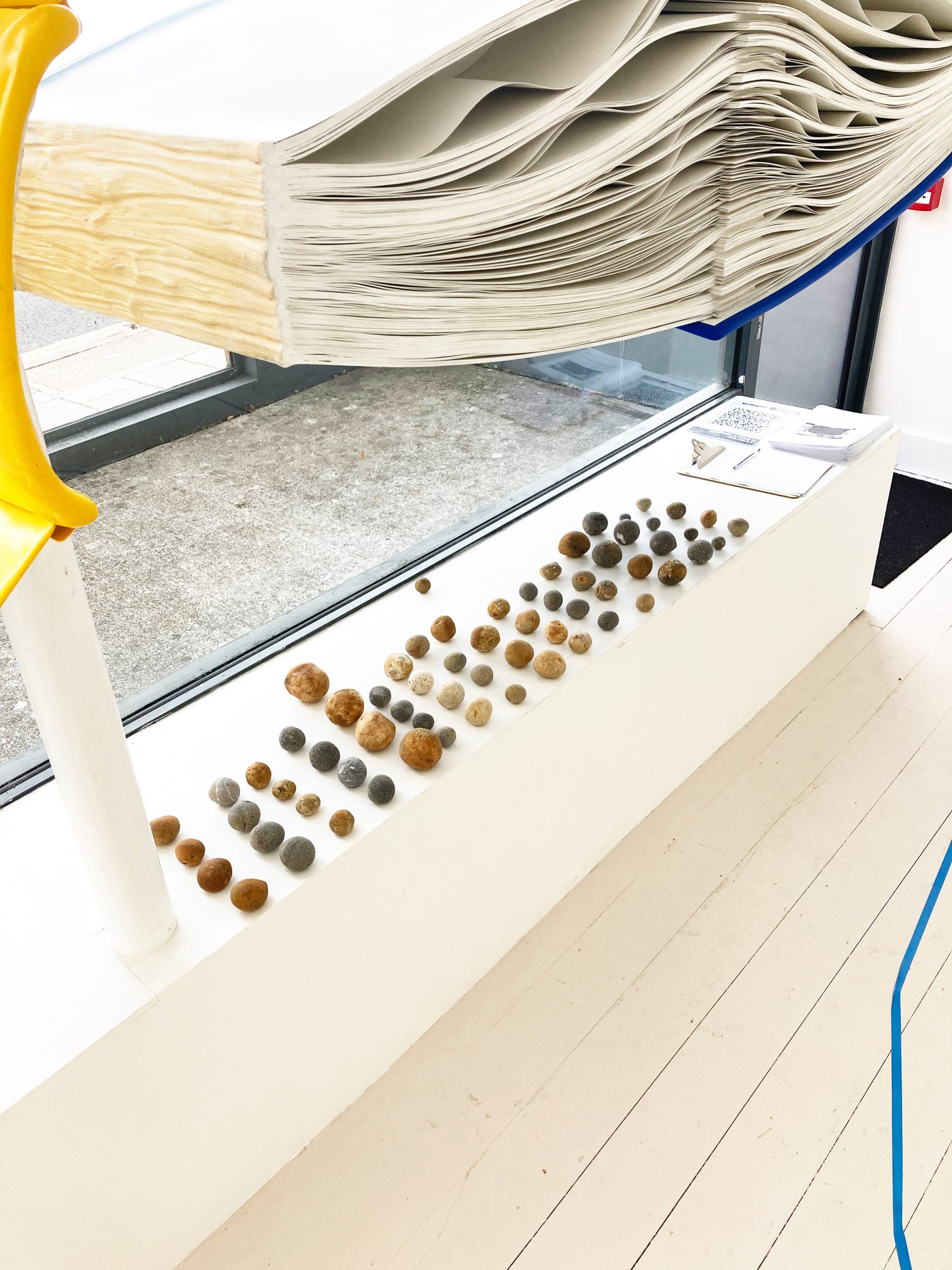 For a few years now, I have been collecting the roundest stones I can find while walking the Southeast coast. The stones have been rounded to almost perfect balls over many years. Each stone has its own bias that defines a unique rolling pattern, almost like a fingerprint.  I group the stones into sets of 4, depending on feel, weight, texture, mineral and size. These stones become playing pieces in a game.

People play by deciding upon a set of stones to play with. They may determine what stones they have a resonance with. A centre stone is placed into the small circle at the centre of the large circle. Next, players roll their set of stones attempting to get the closest to a designated stone. Players can take it, in turn, to roll their stones or roll all at once. The rules of the game are purposely left vague, there is enough structure to play while allowing for deviation, and the playing community to develop and assert their own ideas.

The photographic and video documentation above is of the work installed at Flat Time House London.