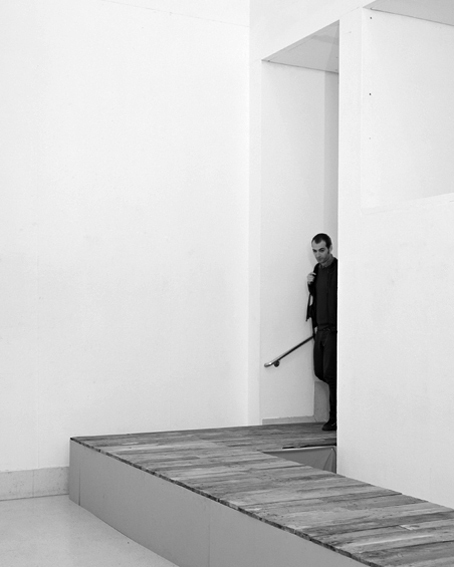 In collaboration with Andrew Lacon

This Collaboration sees Lacon and Pope bring their individual practices together for a site-specific project that investigates the dialogue between the art gallery in terms of space and the common use of The Hockney Gallery as a passageway. The work examines audience participation within the space when an architectural intervention has been installed.

By placing a stage in the gallery Lacon and Pope directly intervene with the route people take through the gallery. The stage transforms the space; to pass through people have to physically climb on and off the stage, resulting in the spectator becoming spectacle. By redefining the gallery space architecturally the work reasserts the role of the viewer, by dissolving the position of the audience and having them engage with the work as participants in a performative process.