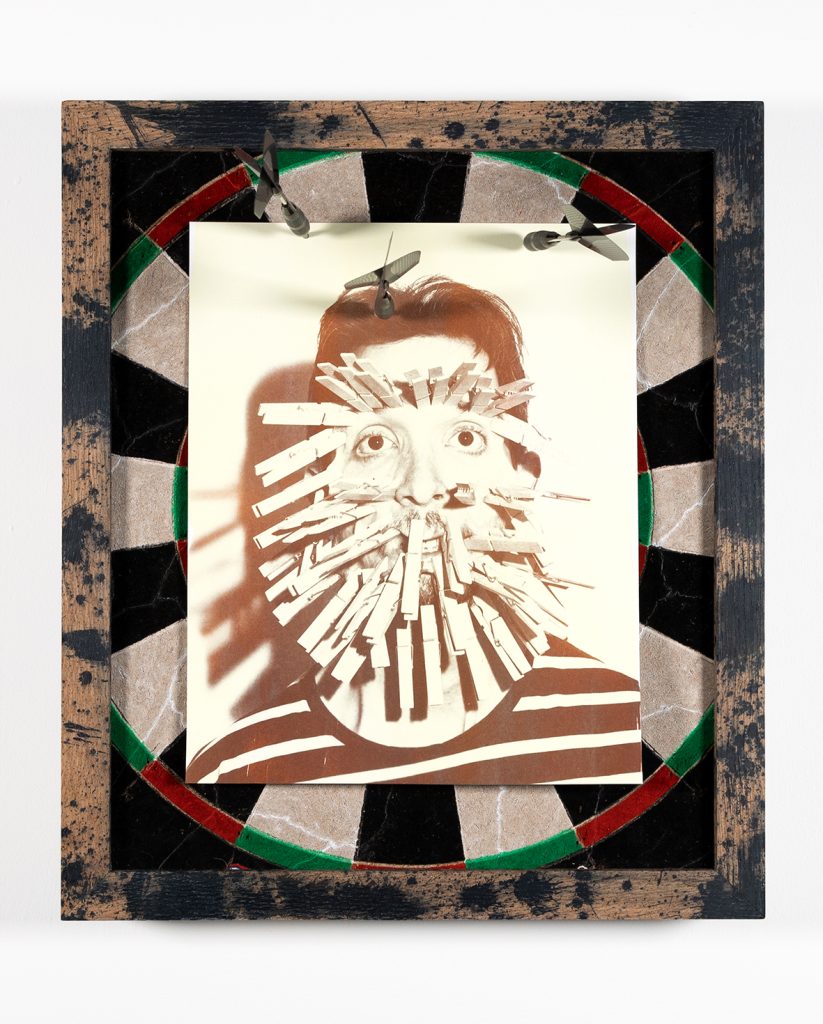 While researching and experimenting with historical photographic processes at Photofusion, London, Paul Ellis one of the technicians informed me of a process briefly mentioned in Christopher James's book The Book of Alternative Photographic Processes that described a process of developing prints by breath. Upon reading the book, I began the journey of re-developing this process. Here I outline the history I have gathered about the process invented by Sir John Herschel in 1843 and discuss how I developed the new formula for the contemporary vapour printing process.

The breath printing process consists of sensitizing paper stock with a photographic solution; placing an image on the paper and exposing it to UV light; and developing the latent image using water vapour. I believe this to be the first instance of performative photographic process in relation to developing photographic prints.

On a remarkable Photographic Process, by which dormant pictures, are produced capable of development by the breath or by keeping in a moist atmosphere, by Sir J. F. W. Herschel.

If nitrate of silver of specific gravity l·200, be added to ferro-tartaric acid of specific gravity 1·023, a precipitate falls, which is in a great measure redissolved by a gentle heat, leaving a black sediment, which being cleared by subsidence, a liquid of a pale yellow color is obtained, in which a further addition of the nitrate causes no turbidness. When the total quantity of the nitrate solution added, amounts to about half the bulk of the ferro-tartaric acid, it is enough. The liquid so prepared does not alter by keeping in the dark. Spread on paper and exposed wet to the sun­shine (partly shaded) for a few seconds, no impression seems to have been made, but by degrees, although withdrawn from the action of the light, it develops itself spontaneously, and at length becomes very in­tense. But if the paper be thoroughly dried in the dark, (in which state it is of a very pale greenish yellow color,) it possesses the singular property of receiving a dormant, or invisible picture; to produce which (if it be, for instance, on engraving that is to be copied) from thirty seconds to a minute's exposure in the sunshine is requisite. It should not be continued too long, as not only is the ultimate effect less striking, but a picture begins to be visibly produced, which darkens spontaneously after it is withdrawn. But if the exposure be discontinued before the effect comes on, an invisible impression is the result, to develope which all that is necessary is, to breathe upon it, when it immediately appears, and very speedily acquires an extraordinary intensity and sharpness, as if by magic. Instead of the breath, it may be subject to the regulated action of aqueous vapor, by laying it in a blotting paper book, of which some of the outer leaves on both sides have been dampened, or by holding it over warm water. Many preparations, both of silver and gold, possess a similar property in an inferior degree, but none to the extent of that above described.

PS. - a very curious photographic novelty occurred to me a day or 2 ago (I have however long given up any but occasional and accidental experiments of this kind) - When a paper is washed with a mixture of nitrate of silver and Ferrotartaric acid it becomes very sensitive & gives negative dormant pictures brought out by breathing on. (Talbot's Correspondence Project)

In Robert Hunt’s 1853 A Manual of Photography, Hunt includes Herschel’s process in the section about Ferro Tartrate of Silver. The description quotes Herschel’s paper delivered at the British Association, with the inclusion of this:

These pictures do not admit of being permanently fixed; they are so against the action of light, but not against the operations of time. They slowly fade out even in the dark; and in some examples which I have prepared, the remarkable phenomenon of a restoration after fading, but with reversed lights and shades, has taken place. ("A Manual Of Photography", by Robert Hunt, 1853)

With Herschel’s detailed process I searched for the chemicals to mix up the solution. I couldn’t find ferric tartrate and had to go about making my own. I spoke with Mike Ware, to who I’m extremely grateful for assisting me in the early stages of re-developing the process.

Herschel started his process with “ammonio-tartrate of iron” or “ATI” as he called it. This was a commercial product at the time, now known as ammonium ferric tartrate. I used tartaric acid and ferric tartrate to make ferri-tartaric acid which was then mixed with silver nitrate to create the photosensitive solution.

After many experiments, I have refined the contemporary breath printing process using contemporary chemistry and a new formula. I’m not a scientist and have approached this project from the position of a photographer. I imagine there is potential for further refinement. The contemporary breath printing process produces a latent image when briefly exposed to UV light and is developed using water vapour. I have had some success with fixing prints, although I’m quite content using the process without fixing the images. When images are left unfixed, through subsequent exposure to UV light they fade to black, leaving a sublet negative image in the print. 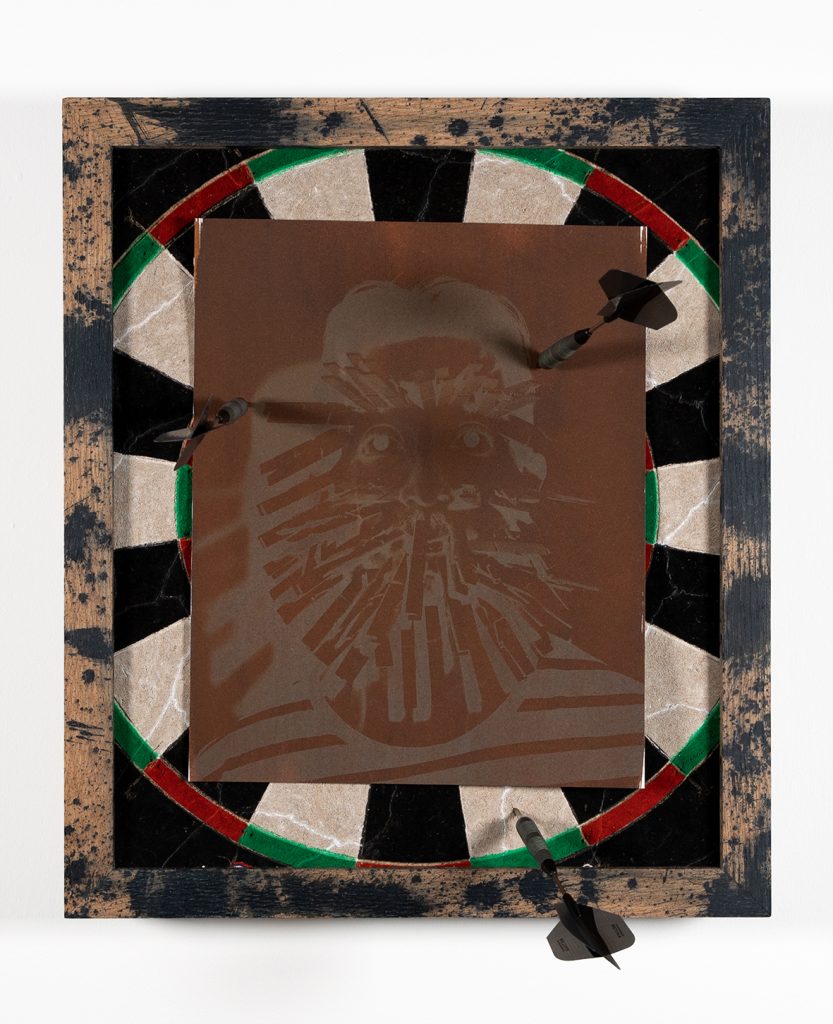 Contemporary breath print. (Exposed to UV light after being developed with water vapour)